Refrigerant case study in the Food and Drink production sector - featuring in ACR Journal this month.

How switching to a 'green' refrigerant in the disgorging pool prompted the installation of a new cooling system using Solstice N40 (R448A) at France's CRVC co-operative, producer of Castelnau champagne.

Did you know?  Half of UK drivers set the air con temperature at 17 degrees or lower.

Compare that with just one in five of European drivers and a mere one in 10 Spanish drivers who set the air con so low. 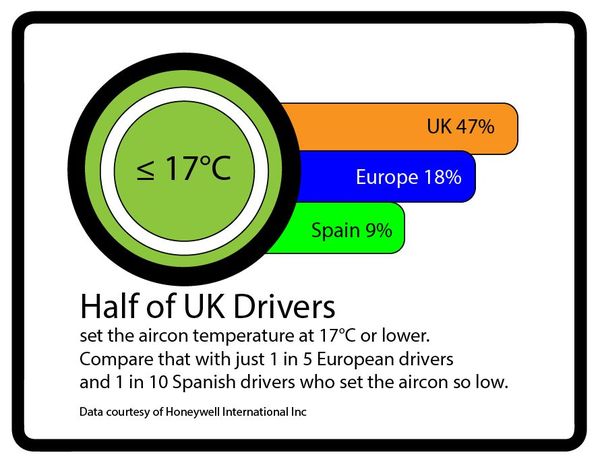 Taking the heat out of food processing

With so much market attention on the switch to lower GWP refrigerants to meet the F-Gas phase down steps, many secondary refrigerants can also offer a quota and GWP free solution.  Climalife offer their expertise in ACR News article - read the full article...

Climalife has published a handy look up table...

Following the Montreal Protocol which banned CFCs and HCFCs, and the Kyoto Protocol which sought to establish commitments for the reduction of greenhouse gasses, there has been an increased push towards refrigerants with low ozone depleting potential and low global warming potential.

This has indirectly promoted the use of ammonia and carbon dioxide as refrigerant options once again. As products are being phased out or restricted by quotas, the requirements for oils are also changing to suit the current market.