Do you have one of our latest Refrigerant Cards?

We've updated our Refrigerant Card to reflect the latest range of refrigerants that we offer. 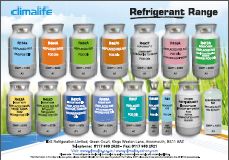 All clear ahead, it's time to take action! 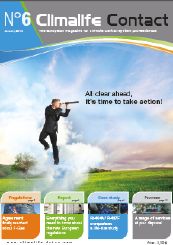 On 12th March 2014, the new F-Gas regulations were adopted as proposed by 644 votes to 19 with 16 abstentions by the Plenary session of the European Parliament.

The vote supports the text that was approved on 18th December 2013 after extensive negotiations.

Rain, sleet and snow did not put off visitor numbers to the Climalife stand as they battled the elements to come and talk to us at the ACR Show in Birmingham.  We would like to thank all our visitors for making the difficult journey and helping to make the show a success for us. 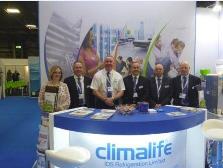 After extensive negotiations, an agreed text was approved on 18th December 2013.
It will be published and sent to the Parliament and Council for final approval. This will require a vote in the Parliament Environment Committee and then the Parliament plenary which will probably be in February or March 2014.  It will, afterwards, require approval by the European Council. Neither approvals are likely to be controversial. It is anticipated the new regulation will take effect from 1st January 2015.

Don't forget to register for the ACR Show next February at Birmingham's NEC.  The Climalife team look forward to welcoming you to their stand G40.

The final countdown on R22 has begun

In just over 12 months, at the end of 2014, it will be illegal to top up any refrigeration, air conditioning or heat pump equipment with HCFCs such as R22.

We have been helping customers choose the correct R22 replacement for the last 15 years and can help guide you to the right refrigerant for your needs.