Leader in the European market, offering a wide range of commercial kitchen equipment and tailor-made customer support, Tournus Equipement employs 270 people with a turnover of 50 million euros in 2017. The independent group has been based in Tournus, in the Burgundy region of France, for over a century and has also recently established itself in the British market following the acquisition of Catering Equipment Design (CED) in 2016. 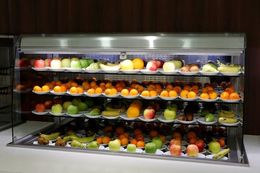 As a manufacturer of stainless steel catering equipment, this company is very active in its field of activity. It also promotes the collaborative participation of employees in proposing new solutions adapted to customer needs. All customer requests are processed in project mode by the design office integrated into the structure. « Innovation, sustainable commitment and energy efficiency are important drivers of growth for the company » Mr Philippe Jaunard, Quality & Environment Manager at Tournus Equipement points out.

Energy efficiency : a fully integrated indicator in the design of the equipment

In 2008, Tournus Equipement decided to conduct a full review of its self-service line to reduce electricity consumption of the equipment. An industrial choice that was to be successful with the launch of a new OREO2 range reducing energy bills by 20%, following improvement of insulation and air ﬂows in particular.

The rate can reach up to 40% by focussing more specifically on the use of the product with the end customer. « We have introduced electronic cards allowing delayed start-up, for example » explains Mr Franck Boisselon, Laboratory Manager. The purpose of this new range was also to « Guide the user in the right direction for achieving energy savings. The refrigeration part of the equipment was not discussed at that time. Even though the company's carbon footprint revealed that refrigerants accounted for 7% of total greenhouse gas emissions, there was little alternative to R-134a at the time with varying performances or R-290 with few units available and the ﬂammability issue to manage » recalls Philippe Jaunard.

Always with an eye on technology, Tournus Equipment discovered a new ﬂuid under development, HDR-110, at Climalife’s "Energy Efficiency" conference in Lyon, September 2015. The refrigerant, marketed today by Honeywell under the name Solstice® L40X and assigned R-455A by ASHRAE, caught the full attention of Philippe Jaunard. On the one hand, its very low GWP fully in line with the 2022 F-Gas ban hit the mark and, on the other hand, its low ﬂammability made it stand out. The first tests began at the laboratory of the Tournus factory in close collaboration with the producer, Honeywell, and Pierre-Emmanuel Danet, Technical Support Manager at Climalife.

Under the leadership of Franck Boisselon, a project team was set up, validating the thermodynamic characteristics of the ﬂuid and undertaking a risk analysis to approve the A2L feature of R-455A.

Qualification of R-455A through risk assessment

Finding it difficult to refer to standard EN 60335-2-89 on the safety of commercial refrigerated cabinets, which still prohibits loads higher than 150 g for this type of ﬂuid, Tournus Equipment turned to an external organisation, LCIE Bureau Veritas.

The purpose was to determine the maximum volume of ﬂuid charge based on its ﬂammability rate, the risk of electrical spark and the volume of the room in which the equipment was to be installed. The OREO2 range of refrigerated display cabinets with 3 levels of tempered glass and the IDECO2 range cabinets did not require adjustment after the tests. Only the R-404A regulator would be replaced with a R-407F regulator to take into account refrigerant temperature glide pending the development of R-455A components. The Roll-Fresh unit, a cold-connected mobile climate control cabinet equipped with a "Hermetic Unit" arranged in the lower part with rear ventilation to ensure the stability of the unit while avoiding hot air rising in the refrigerated enclosure when opening the door, is being improved in terms of engineering to limit the risks of ﬂammability and meet the requirements laid down. The publication of the EN378 standard in 2017 confirmed the manufacturer’s point of view and validated the authorised load quantity. Tournus is now able to consider putting its new equipment on the market thanks to its self-certification supported by numerous tests.

Solstice® L40X has the same thermodynamic performance as R-404A in terms of discharge temperature, lower power consumption (-10%) and a coeffcient of performance (COP) equivalent to R-290. « And in addition, the flammability limit of R-455A is 11 times higher than that of propane », Philippe Jaunard reminds us. More specifically, Jean De Bernardi, European Technical Manager - EMEAI LGWP Refrigerants at Honeywell explains « The lower ﬂammability limit (LFL) of R-455A is relatively high, at 11.8% (431 g/m3). It is the minimum concentration of the product that needs to be achieved in the air in order to have a potentially ﬂammable gas mixture (and only if the other relevant conditions are also met at the same time). The upper ﬂammability limit (UFL) is 12.9% (462 g/m3). This means that the potentially ﬂammable concentration range (the difference between LFL and UFL) is only 1.1%. And if the gas mixture with air began to burn, the composition of the latter would change immediately and take the concentration of this refrigerant outside the ﬂammability range. In fact, it is a self-extinguishing product ». This advantage confirmed the choice of Tournus Equipement compared to the hydrocarbon market alternatives.

Over 500 items of equipment sold since January 2018

Providing an offer with a long-term solution now fully satisfies Tournus Equipement customers who are becoming increasingly demanding in their specifications for ﬂuids with low environmental impact. Real prescription and training work is carried out by the manufacturer's sales force to inform the market and implement Solstice® R-455A in new installations. Tournus Equipement would like to thank Climalife and Honeywell for their support on this technological advance, professionally managed by Mr Antoine Chakar, OEM Manager at Climalife. 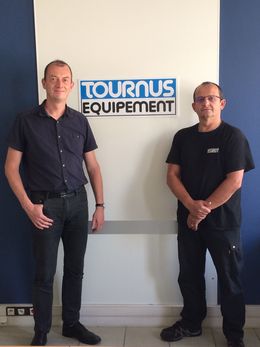 « For us, Solstice® L40X is the best compromise available on the market today. Compared to propane, a ﬂammable and explosive ﬂuid, R-455A meets our criteria in terms of: reliability, safety, performance and environment » says Philippe Jaunard.

« Its very low ﬂammability also has the advantage of dispensing with specific ATEX measurements, unlike hydrocarbon ﬂuids. For us, this cost is significant in the manufacture of equipment and allows us to save money. It is better to improve ventilation, cover with a hood or protect » Franck Boisselon emphasis. 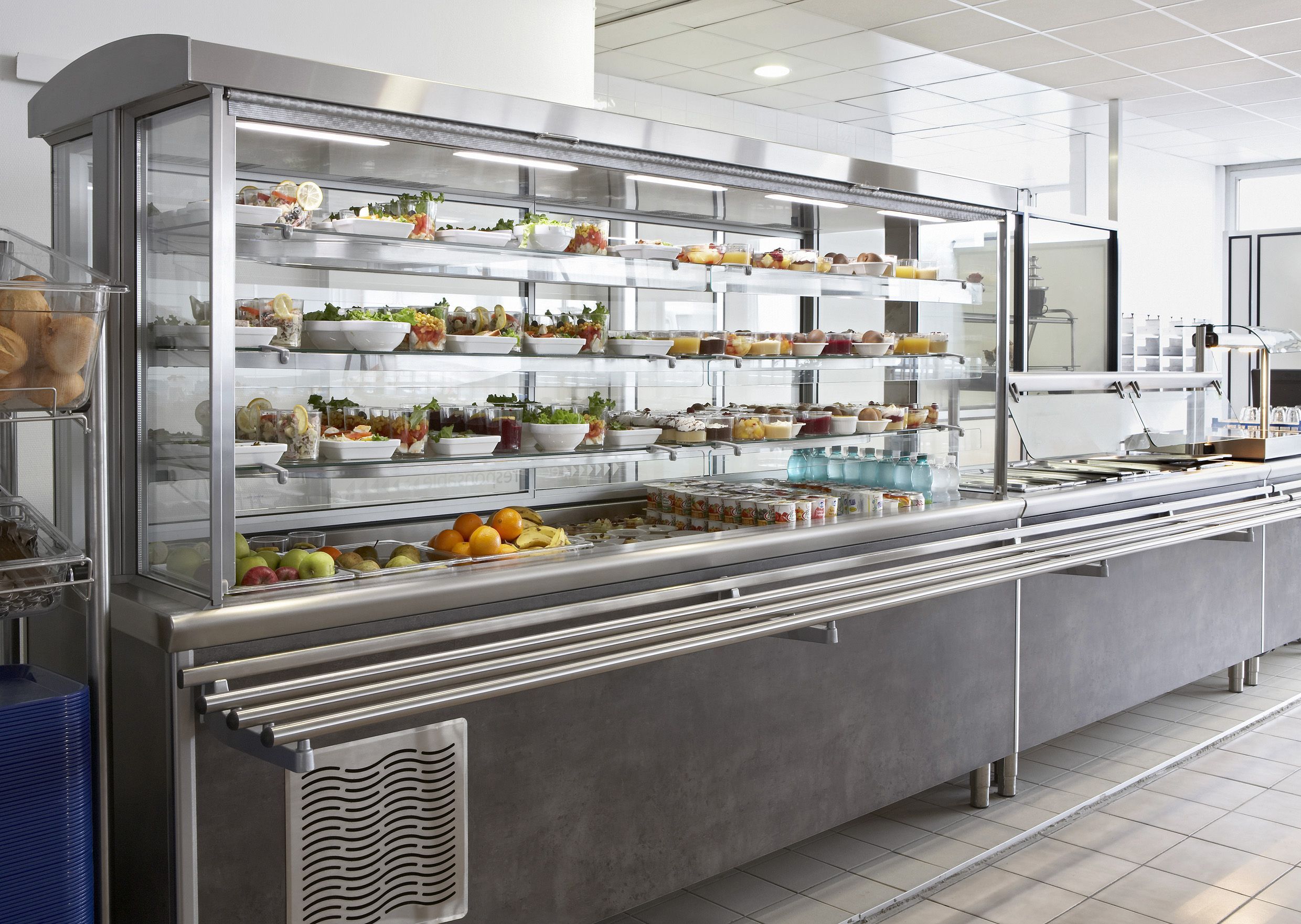