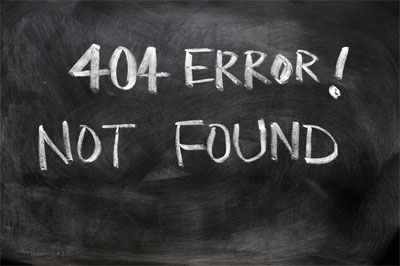 You know the page: you click on a link, but instead of getting the site you want, an error pops up indicating that the requested page is not available. Something along the lines of '404 Not Found'.
Well a similar message could soon start to appear with Refrigerant 404A. If you haven’t noticed recently, the price has been escalating dramatically since the turn of the year. One producer has already applied four increases since the start of the year with their price now double what it was only a few months earlier. With other producers doing the same, the clear intimation is that prices will continue to keep increasing if demand does not drop off.

Why is the price of R-404A increasing?

The main reason is the F-Gas Regulation that came into effect at the start of 2015 imposing CO2 equivalent tonne quota limits on all producers and importers of F-Gases. Last year there was a 7% reduction in the quota compared to the baseline set for 2015 and towards the end of 2016 quota holders had reached their quota limit. Whilst there are no restrictions on refrigerants yet, high GWP refrigerants such as R-404A with a GWP of 3922 consumes a lot more quota than those with much a lower GWP such as the R-404A replacements with a GWP just less than 1400. So to maximise the quota available, the producer or quota holder has to sell more Low GWP refrigerant or sell less high GWP refrigerants but at much higher prices to compensate. The catch is that when demand for the high GWP refrigerants keeps coming then other refrigerants such as R-410A and R-407C get caught in the price spiral as well.

In 2017 pre-charged equipment imported from outside the EU had to be included within the quota for the first time.  This is reducing the amount of quota available for others by 10-15%. With demand in Q1 for all HFCs remaining strong, the supply chain has also been affected by raw material manufacturing outages which are affecting supplies of the HFC components for the HFC blends. Shipping capacity has also been at a premium.
It should come as no surprise that prices are increasing rapidly; only that it has taken longer to happen than many first thought. Those who stopped using R-404A in new equipment for lower GWP alternatives can breathe a sigh of relief. Those who are still using and specifying R-404A in new equipment are facing difficult times ahead if they don’t switch to other lower GWP refrigerants.

Although there is no ban for another 2 ½ years, on the same date a ban on service and maintenance with virgin R-404A also applies for systems with a charge greater than 40 CO2 equivalent Tonnes. Why would you install new equipment on R-404A now if there is a doubt that it may not be able to be serviced?  Whilst reclaimed product will be allowed to be used beyond 2020, if enough systems are not converted beforehand, there won’t be enough reclaimed product available.
Supermarkets are using Carbon Dioxide in new equipment. Large industrial plant is using ammonia. Lower GWP HFC and HFO blends are growing in use but the demand for R-404A is not shrinking fast enough.

The big reduction in quota in 2018

The real issue however, is the big cut in quota allowance for next year as one of the phase down steps. This is equivalent to a 32% reduction in CO2 equivalent tonnes compared to this year. With quota limits maxxed out this year, how would you cope if you could only get a small fraction of the R-404A you need next year? All this heaps even more pressure on both the price and availability of the high GWP refrigerants.

Five simple steps to get away from dependency on R404A

In new equipment, there should be no need to use R-404A.  Compressor manufacturers have approved a number of different refrigerants, and selection software and line sizing information is available, as is warranty for approved refrigerants.  For existing equipment, R-448A and R-449A have the lowest GWP, but other alternatives with higher GWP also exist.
If you sell new equipment, and have a service requirement for R-404A, who takes priority if you cannot get all the R-404A you need? With alternatives to R-404A available this decision should not need to occur.
If a system loses its charge of R-404A, fix the leak and replace it with an alternative.

How much further will prices of R-404A increase?


There is no easy answer to this, as it will depend on demand, if it continues at current levels and outstrips supply then the answer may be how much are you prepared to pay for it?  Already prices of R-404A are greater than   the replacements, maybe that is the trigger to see a rapid switch away from R404A and R507.    By 2018, it will depend on how successful the industry has been at reducing its need for R-404A.

Climalife have a range of low GWP refrigerant alternatives in stock now and the technical knowledge to help support you in converting your systems to run on new refrigerants or specifying new lower GWP refrigerants in new equipment.

Why not contact your regional sales manager or give us a call on 0117 980 2520 for more information today?